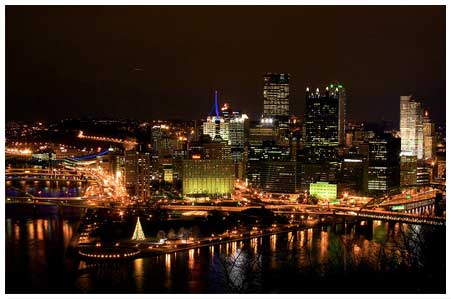 Inviting Rubyists of all skill levels to a new, two-day conference in the heart of Steel City, USA. With an emphasis on learning and conversation, Steel City Ruby Conf is your ideal first Ruby conference.

After 12 years of coding for money, Corey Haines said enough and went on a year-long, journeyman pair-programming tour. Traveling the world, pair-programming for room and board, he spent his time teaching, learning and just living as a knowledge-cross-pollinating, little, software craftsmanship bee. For the past three years, Corey has focused his attention on helping developers improve their fundamental software design skills through the use of focused-practice events, such as coderetreat.

Aaron Tenderlove Patterson (December 16th, 1980 – ) is an American educator, software developer, and awesome guy. Patterson is most famous for Ruby and Rails core, his god-among-men beard, and creating and hosting Friday Hugs, which feature his gentle, soft-spoken personality and directness to his audiences.

Jeff Casimir taught high school computer science before co-founding a charter middle school in DC then creating JumpstartLab in 2009. In 2012 he’s focused on constructing the Hungry Academy developer apprenticeship with LivingSocial and helping to grow the Ruby community.

Joe is a father, business owner, speaker and developer. In 2006 he co-founded EdgeCase, a leading Ruby and Ruby on Rails training and consulting company. EdgeCase has had a tremendous amount of success helping companies as large as Ingersoll Rand, GAP and AT&T Interactive as well as those startups still in the inception stage. Joe has been a trainer for well over three years on testing and development with Ruby and Ruby on Rails.

Steve is a Ruby Hero, software craftsman, and an aspiring digital humanities scholar. He spends most of his time contributing to Open Source projects, and maintains both Hackety Hack and Shoes. He also teaches classes with JumpstartLab. Steve is also writing a book on Hypermedia and REST called “Designing Hypermedia APIs”. Otherwise, Steve travels the globe speaking at conferences from Los Angeles to Kiev.

Jennifer discovered a passion for Ruby and Ruby on Rails a few years ago when her then-manager announced the enterprise JAVA project she was working on would be rewritten in Rails. She has since lead the development of several in-house Rails applications and has contributed to projects in the community. Jennifer is currently the Principal Lead at NewCare Solutions, a local Pittsburgh startup, and is a founding member of pghrb.

Josh likes to say that Ruby is the love child of Lisp and Smalltalk, raised by Perl the eccentric nanny. He is CTO and co-founder of a startup you haven’t heard of yet (but will soon). Recently he spent several years at Pivotal Labs developing Rails web applications for clients, and is a high-ranked contributor to the Rails open source project. He is a regular panelist on the Ruby Rogues podcast, tweets as @joshsusser, and you can find his blog at blog.hasmanythrough.com.

Jim Weirich first learned about computers when his college adviser suggested he take a computer science course: “It will be useful, and you might enjoy it.” With those prophetic words, Jim has been developing now for over 25 years, working with everything from crunching rocket launch data on supercomputers to wiring up servos and LEDs on micro-controllers. Currently he loves working in Ruby and Rails as the Chief Scientist at EdgeCase.

Mattt Thompson is the Mobile Lead at Heroku and a member of the CloudApp team. Steel City Ruby Conf is a return to his roots, both as a native Pittsburgher, and a long-time Rubyist.

Lindsey is a Philadelphian turned Pittsburgher, teacher, and lover of learning. She laments the current state of diversity in the technology community. To that end, she is involved in projects such as rstat.us, OSGCC, and TLI in an effort to promote open source ideals and programming education to all. Lindsey promotes the discussion of gender and privilege in technology through her somewhat controversial blog.

Steve is a Ruby Hero, software craftsman, and an aspiring digital humanities scholar. He spends most of his time contributing to Open Source projects and maintains both Hackety Hack and Shoes. He also teaches classes with JumpstartLab. Steve is also writing a book on Hypermedia and REST called “Designing Hypermedia APIs”. Otherwise, Steve travels the globe speaking at conferences from Los Angeles to Kiev.